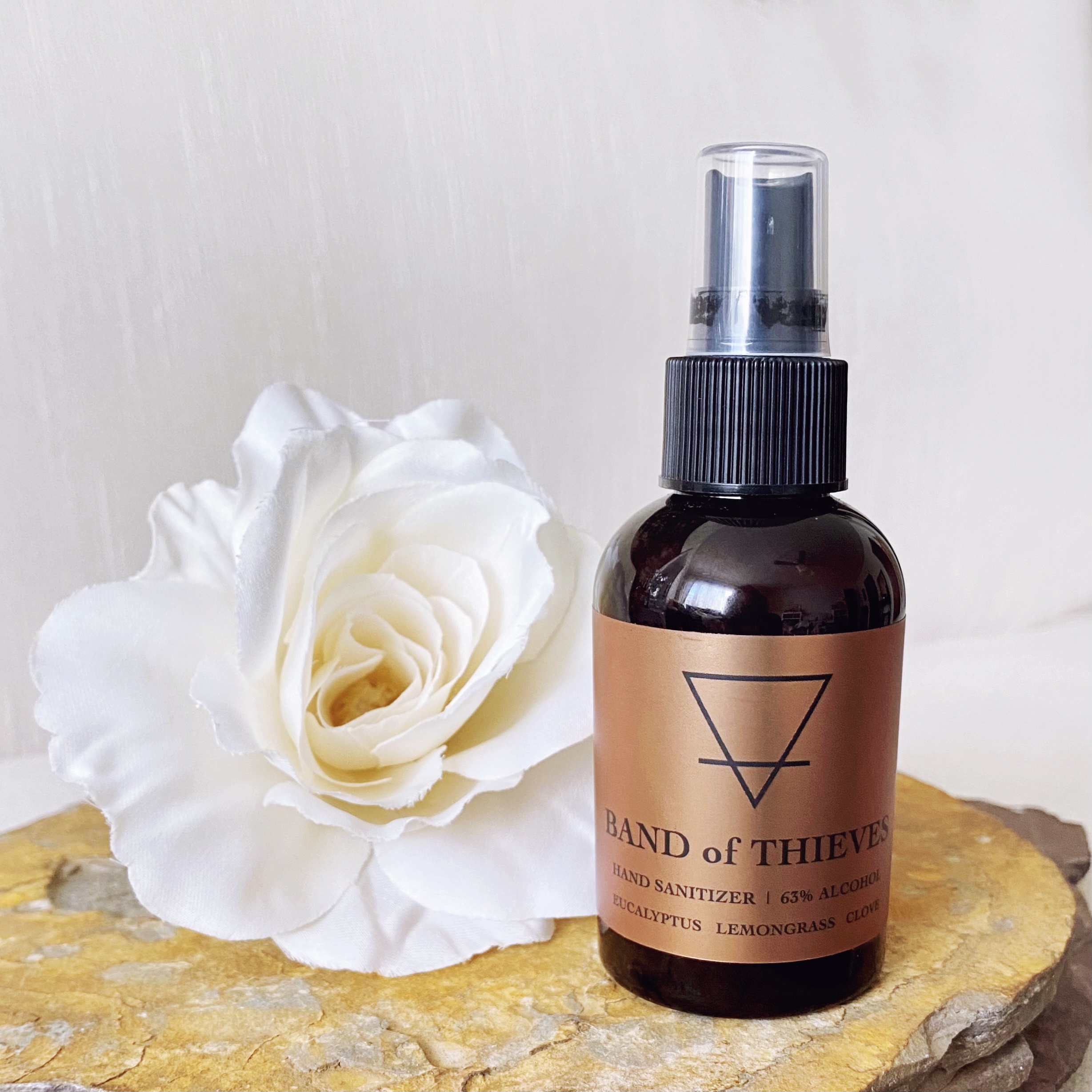 The recipe for this hand sanitizer was inspired by Thieves' Oil, a combination of essential oils traditionally believed to protect the wearer from illness.

According to legend, the mixture was originally created by thieves in the Middle Ages, who used it to protect themselves while stealing from plague victims. Once caught, they bargained for their freedom with the secret recipe, and their lives were spared!

$ 16.00 USD
This product is out of stock.
Product is not available in this quantity.

This is some text inside of a div block.
$ 16.00 USD
This product is out of stock.
Product is not available in this quantity.

Thank you! Your submission has been received!
Oops! Something went wrong while submitting the form