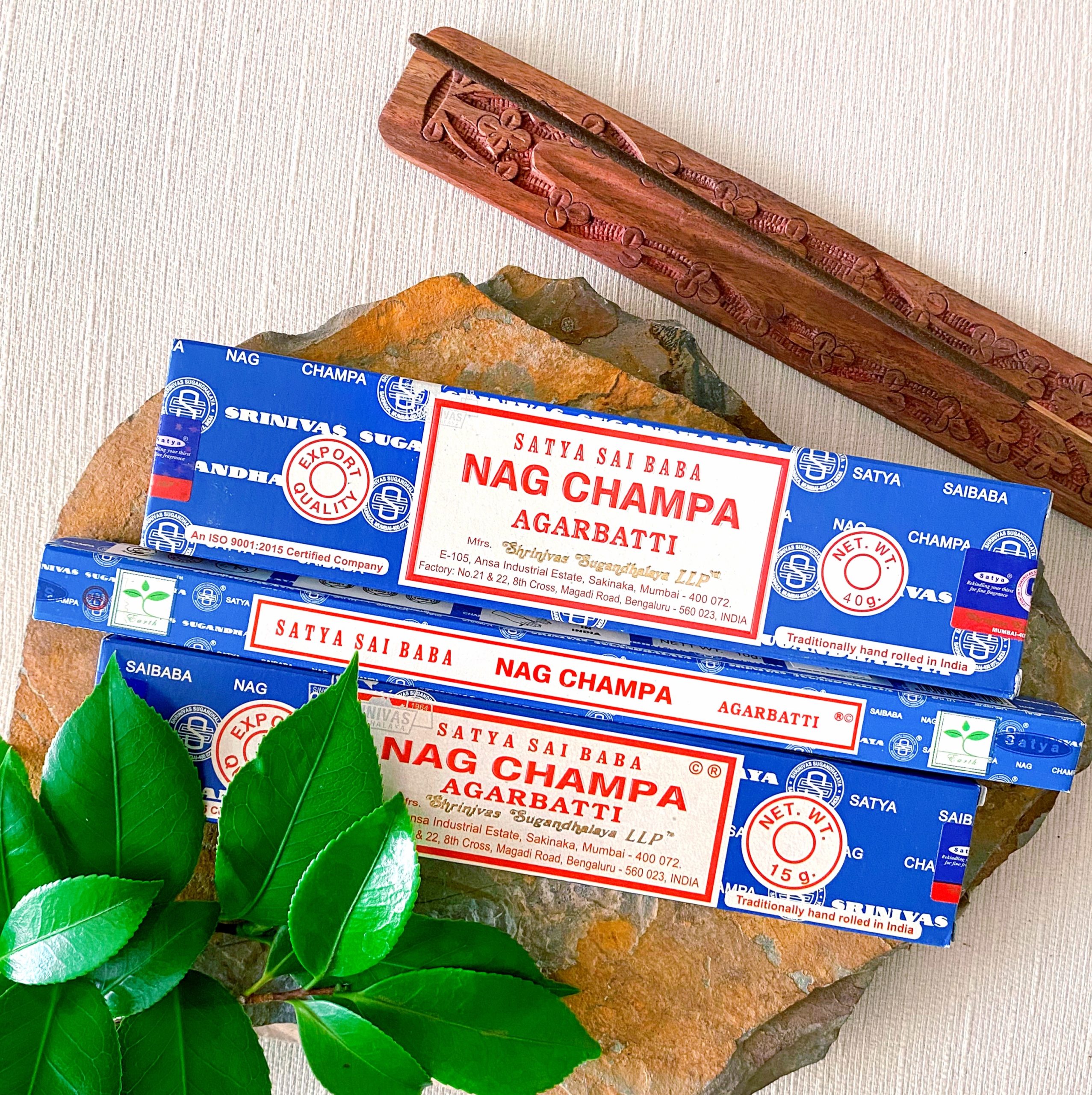 Cultivated as a sacred plant, the Champaca can be found throughout India, Viet Nam, parts of China, and other tropical lands of Asia. In India this beautiful and shady evergreen tree is revered, and often planted on the grounds of Hindu Temples or Ashrams. It is considered to be sacred to the Hindu god Vishnu and is traditionally burned for meditation ceremonies.

Each Nag Champa incense stick weighs approximately 1 gram and will burn for 45 minutes.

$ 5.95 USD
This product is out of stock.
Product is not available in this quantity.

This is some text inside of a div block.
$ 5.95 USD
This product is out of stock.
Product is not available in this quantity.

Thank you! Your submission has been received!
Oops! Something went wrong while submitting the form