Ever done an edible gummi-bear (cannabis edible) with your 95 year old grandmother? I haven't either--but my 95 year old friend agreed to take an edible when her grandson offered it to her at a recent dinner party I attended. That night all 5 of us had a little bit of an edible. I took ¼ (lightweight that I am) and the others also took a half, including my 95 year old friend! It was a delightful evening! Why did we all decide to partake of cannabis at a simple dinner gathering?

I am not making an argument to participate in any form of psychedelics. Perhaps you’ve already had your experiences and are perfectly capable of deciding for yourself whether to partake or not. But it does beg the questions: Why is the fascination with psychedelics so high? Why do people want to partake? What is it that they’re really seeking from the experience?

“LSD usage on the rise…”

I’m not about to review the history of psychedelic use or mention names like Timothy Leary, or Ram Dass. My focus is on the angle of human curiosity and what drives us, into spiritual searches. Since spirituality is a word that comes with a good deal of judgment arising from church hypocrisy & religious fanaticism, I believe some who explore psychedelics aren’t aware that they are on a spiritual journey of sorts.

According to a January 2020 article in Scientific American, “researchers found that past-year LSD use increased by 56 percent over three years. The rise was especially pronounced in certain user groups, including people with college degrees (who saw a 70 percent increase) and people aged 26 to 34 (59 percent), 35 to 49 (223 percent) and 50 or older (45 percent). Younger people aged 18 to 25, on the other hand, decreased their use by 24 percent.

While it’s fair to suspect that most psychedelic usage is “escape” oriented, a neuropsychopharmacologist at Imperial College London,  shared, some recreational users may well be attempting “to understand the full capacity of their minds and to improve their well-being,” as evidenced by the micro-dosing trend.

Microdosing is taking ¼ of the amount of a regular trip, in an attempt to sharpen the mind, increase creativity, or reduce symptoms of depression and anxiety.

Looking for a breakthrough?

Back to my dinner party. My 95 yr old friend’s grandson described a previous LSD trip as “not having the breath-through” he was looking for. Since he had earlier made it clear that the talk of spirituality and consciousness wasn’t his cup of tea, I was surprised when he used the term breakthrough. What else is a breakthrough but a spiritual experience that’s personal and meaningful only to the experiencer of said breakthrough? This is why the 95 year old decided to partake. Because her consciousness was aware of the potential for an expanded experience of herself, she intuited that it would make her more available to connect deeply with others in a way not available to her without it. Indeed we got to hear her wisdom & personal experiences as she opened up, with little inhibition. I also noticed that the energy exchange she got from sharing and listening, gave her vitality a little lift. Her body didn’t become sleepy at the usual 8:30pm hour and we visited til late into the evening.

I’m not advocating for edible cannabis, or use of other psychedelics or hallucinogens. I don’t think cannabis is considered a true psychedelic as much as it’s considered a hallucinogenic nevertheless, therapeutic uses of psychedelics such as LSD, psilocybin, MDMA, DMT or ayahuasca are used to access emotional energy for resolution that doesn’t include repeated use, according to the MAPS (Multidisciplinary Association of Psychedelic Studies), whereas experiments with cannabis used to treat PTSD are based on ongoing usage.

Another distinction between therapeutic usage of cannabis (a hallucinogenic) and a true psychedelic, is that that the use of psychedelics doesn’t let you escape the all important uncomfortable emotional content that’s calling for resolve, while cannabis leaves space for an escapism that can actually prevent someone from having their breakthroughs. According to Brad Burge, director of strategic communications for Santa Cruz-based Multidisciplinary Association for Psychedelic Studies, aka MAPS, “It’s harder to use psychedelics to avoid your issues.”

For Escape or Spiritual Reasons?

I also do not use edible cannabis regularly or barely at all, as my go-to energy-shift is meditation. While there are a number of reasons why someone would want to experiment, there's a growing population curious about the potential for growth and transformation as our dinner host used the word “breakthrough”, and a breakthrough is wholly spiritual in nature whether you ascribe to a religion or not.

The inborn human nature and tendency is to find and experience meaning in life; to expand beyond our present capabilities; to understand that which seems impossible to understand. So I return to our dear Eckhart Tolle’s words, “You are not the Universe, you Are the Universe…” Psychedelics are not the only way to experience a sense of Universal expansion that allows you to look deeply within yourself and the very essence of your being, but microdosing and other therapeutically guided settings may be an easier way to get there. The potential for consciousness development through therapeutic applications is reflected in the many present day associations devoted to researching this topic: The California Center for Psychedelic Therapy & the John Hopkins University are just two.

Meditation’s potential mimics psychedelic use or is it the other way around?

My partner was once addicted to smoking cannabis but it was his LSD and psilocybin use that gave him the power to drop his cannabis smoking. He didn’t use it as an escape but in company with truth seekers engaged in spiritual dialog. I suppose it could be said that they had their own mini-therapeutic session that proved to be life changing. Nevertheless, shortly thereafter he discovered meditation and the deep samadhi states he entered changed his world perception and expanded him into another experience of himself that didn’t include the use of psychedelics.

Through meditation and prolonged states of stillness he was able to experience that degree of Universal Consciousness called Oneness, the state of mind that allowed him to know experientially the truth of Eckhart Tolle’s words…”Ultimately you are not a person, but a focal point where the Universe is becoming conscious of itself.” 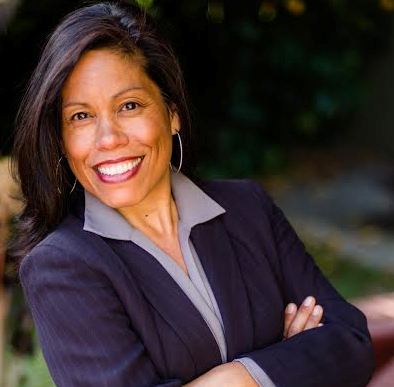 Intuitive Readings & Energy Healing | If you are looking for clarity on any topic, Lani, who as a natural clairvoyant, clairsentient and clairaudient can provide practical guidance and insight into all matters of life. Her work is a culmination of 20 years of experience in practice helping thousands to find relief from emotional and physical pain and suffering, while at the same time turning clients onto their own Inner Power and Magnificence…

Finding Your Sovereign Self With Goddess Lilith