November: The courage to Push Through!

We are passengers on this boat that moves with the ever present current. As such we are advised to follow the lead of the Fool 0, the first card of the major arcana in the tarot, to accept and trust what is and to take that proverbial leap into the unknown.

“Only those who will risk going too far can possibly find out how far one can go.”

The reason this quote is so applicable to our present experience is the ongoing influence of the planet Uranus. Since July, at every new moon this planet of evolution has been in aspect to the Sun/Moon conjunction. In July Uranus was inconjunct or quincunx (150 degree aspect that requires one to relate from a higher perspective) the Sun/Moon. In August, with a 2 degree separation, Uranus squared the Sun/Moon. September there was an exact trine present. October another inconjunct, this one exact and in November, the current new moon is affected by an exact opposition from the planet of enlightenment.

This planet suggests risking all to shed conditioning and open to the ‘heavens’. Uranus was the god of the heavens. Considered to be eccentric due to its uncommon axis, we are destined now to ‘travel out of bounds’.

The energy of Uranus together with the Sun/Moon in Scorpio is a potent recipe for success! There is no other sign more passionate, determined, assertive and decisive. It is an optimal time to take the plunge into the depths of our own unknown.

So, what’s going on during the dark phase of the moon in Scorpio while we all take a few days to contemplate and drop into the mystery and what is hidden? It serves to bring more light to areas that have festered beneath the surface and weakened our ability to stabilize. As a fixed sign Scorpio seeks stability. This offers balance to the ever present push from Uranus to change and transcend. The light bringer Uranus, shows us the way. Scorpio guides us with rational firmness.

We are passengers on this boat that moves with the ever present current. As such we are advised to follow the lead of the Fool 0, the first card of the major arcana in the tarot, to accept and trust what is and to take that proverbial leap into the unknown. And to mention again the benefit of qigong that asks that we pay attention to that ever present current as it courses through us.

In our hearts we know that we have traveled these waters many times and or continuously. The current is ever present. We are always ‘reassured’ by the voiceless voice, by the stream of Reality that carries us forward regardless of what our minds have to think about it. This is where Uranus benefits us. The energy of this planet impels us to move, to change, to go with the flow. Uranus is the higher octave of Mercury that represents our mind. At the higher octave we presume to have transcended the mundane functioning of the mind and to be open to knowing rather than thinking.

“Where Mercury represents the mind and personal awareness, Uranus expands that awareness to a broader consciousness of Universal Mind.”

Universal Mind: Universal mind or universal consciousness is a metaphysical concept suggesting an underlying essence of all being and becoming in the universe. It includes the being and becoming that occurred in the universe prior to the arising of the concept of "Mind", a term that more appropriately refers to the organic, human, aspect of universal consciousness.” ~Wikipedia

Thus Uranus configuring so importantly in these months (and this entire year which is influenced by the Uranus/Saturn square that will be exact again December 24) implies clearly, the extent to which we as a collective are motivated to step out of the box and into that which we have yet to define or categorize. It is the lack of definition that can provide us with enthusiasm and joy. If it cannot be defined then it has the potential of being so much closer to Truth. We stand, “poised in all directions” as teacher Robert Wolfe would say, ready for whatever may come knowing that this is all that can occur.

It is notable too, that Uranus is in the sign of Taurus. The second sign of the zodiac is concerned with basic security, self worth and those things that provide us with stability. We often look to the external, physical world to provide us with the tangibles that give us a sense of worth and security. When Uranus is involved we elevate the concept of material acquisition to one of realizing that which is our Real nature, beyond temporal existence, so that the notion of personal worth or security is of less significance. Less significant only when one understands that the concept of individuality is driven by a fundamental misunderstanding.

On a personal level, with Uranus in exact opposition to the Sun/Moon there can be an overall feeling of anxiety as resistance meets the inevitability of change. There may also be feelings that are quite the opposite; wild abandon and exhilaration for that which is to come even when that is an unknown.  We have much experience with confronting the unknown as change is as familiar as that ever present current.

The Upanishads, ancient Vedic writings based on Hindu philosophy estimated to have been composed (the earliest contents), around 1000 B.C.E, speak of the distress of kings who lamented tumultuous change.

‘[Great heroes and mighty kings] have had to give up their glory; we have seen the deaths of [demigods and demons]; the oceans have dried up; mountains have crumbled; the Pole Star is shaken; the Earth founders; the gods perish. I am a frog in a dry well.’

~the End to Suffering: The Buddha in the world by Pankaj Mishra

An end to suffering is the acceptance of the inevitable. This is one of Uranus’s tasks to clear the path that we might readily embrace the adventure of Life. The energy of Uranus can feel ruthless and indeed it is as it has no concern for human emotions. As we know these cannot be tossed aside. Now is the time when we most need to realize that our emotions can define our experience and if that is one of limitation, Uranus will ‘urge’ freedom. Joy occurs when we are free of limitation and are able to know Self beyond the encumbrance of emotions that are based on the past.

If we were to choose a tarot card to express symbolically an aspect of what is occurring it would be the five of cups. This card shows someone who sadly stares at three fallen empty cups while two full cups stand upright behind him. Five is the number of change. Five represents the energy of the planet Mercury and is the energy that moves us from A to B. It is a card of movement where the past will be left allowing for presence in this moment and the freedom to experience that moment without filters based on the past.

Volcanic action, earthquakes, are the results of Uranic energy. Mountains crumble and the Earth shakes. With this, so go some of our beliefs that have defined us for centuries. As we see the ‘light’ through the influence of Uranus, we can let go and become more flexible, more fluid, more in harmony with the way that underlies all ways.

As the first outer planet (non-personal) Uranus reminds us that we are timeless and not defined by anything that can be spoken. We are beyond the imagination and beyond thought. If we expect a thought to encapsulate that which is our true nature we will always feel disappointed. It is when we know that it cannot be put into words that we feel the joy of Self and can stop looking and rest in Peace.

Uranus moves us as we boldly seek to discover! 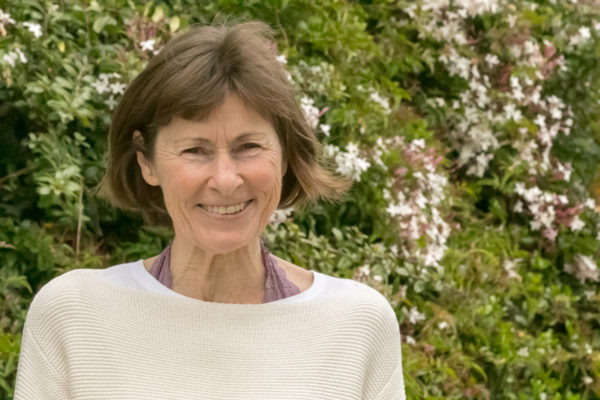 ‍Readings that Inspire! Allow your self to experience clarity that is beyond doubt, judgment and fear the products of thoughts that are habits. When we know what exists ‘when the smoke clears’ suddenly all aspects of life open up for us. We are free...Anna is a reflection revealing clarity and peace, in readings that inspire. Tools utilized that contribute to our ‘steps’ can include tarot, astrology and communicating with those who have crossed over. All mirrors so that we might know Truth and grace that fills us perpetually...

Anchoring Love and Light with the Great Attractor

Put Your Lights On! - New Moon, Sun & Mars in Scorpio