How to Read Tarot – FInding Your Deck

Happy Sagittarius New Moon dear ones! This 2nd month of the How to Read Tarot explores how to find your tarot deck, the deck you work with or the deck that works with you.

“For those who are just learning about tarot, the tarot deck is actually made up of two decks: The major arcana consists of 22 cards that represent the major spiritual milestones that occur in every human life...And the minor arcana, which resemble the modern playing card deck:

~from the previous article in this series, How to Read Tarot: Preparing the Space

How I Came to the Tarot

My very first tarot reading occurred on Telegraph Avenue in Berkeley, CA when I was 21; it was just prior to the 1991 Berkeley Hills fire as I noticed smoke rising up from the hills as I left my dear friend Sarah whom I had visited for the weekend in Berkeley and made my way back down to Santa Barbara that fall. During that reading I was told that I would also read cards and that I would be interested in Kabbalah, alchemy, astrology and other mystical information...

Some of the things the reader mentioned were not available at that time—I had no idea, nor could I find any mention of much of what she recommended. Only after I had trained in Reiki and acupressure massage, followed by a 2 year energy healing course, and Waldorf teacher training, and then a 2 year initiation as a Kindergarten teacher, followed by world travel and work at a graduate school of Depth Psychology/mythology, did information begin to open up and become available to me.

When I began to learn & work with tarot I started with Rider Waite. The pictures were relatable to me, although when I was first introduced to tarot via Rider Waite at age 18 I was frightened of it and didn’t take it up for years…It was the 10 of swords that scared me off—that card of a man lying on the ground with 10 swords sticking in him and a pool of blood seeping out from under him. It was just too gruesome. Eventually, when I decided to take the tarot seriously and really try to understand the symbolism of each card, I started to work with the Rider Waite deck, learning the symbols, doing readings with the guidebook by my side.  Later, I looked at the Marseille Deck when I was reading the works of Carl Jung and Joseph Campbell and then even later, while doing research for tarot articles, I looked a bit into the Thoth deck.

There are so many tarot decks on the market these days, how do we find the one that suits us best? We can start with early decks, the “standards`’ of the “Rider Waite”, “Thoth” and “Marseille” to see the early/foundational interpretations of the characters, and symbols upon which most modern decks are based. And yet some decks may not be related to these at all; some people found their own interpretations and made their own decks. And I do think the basic symbols, archetypes, and planetary influences are still there even if the characters are different.

I had heard, and some part of me believed, that a mentor or tarot readers must give a new/beginning reader their first deck, and for some that is exactly how a deck comes to them. Many people have given me tarot decks over the years and I enjoyed looking at and comparing them and dabbling with them. In these days of widely available resources both online and offline, many people also self-initiate into the tradition.

There are many ways decks come to us, just as there are many paths to God, and all of them are the “right way”. For myself, at age 41, a few months after a major life change culminated in a powerful dream of a storm and a phoenix, when the 1st card of the Sun and Moon Tarot Deck, death-rebirth, was placed in front of me, I began to weep; and as the rest of the cards from that first reading followed, I knew I had found my deck. As soon as I could, after that reading, I went straight to Paradise Found and asked them to order the sun and moon tarot deck.

As I looked through the deck, the images aligned with me and the way the author/artist interpreted them did too. The cards tapped into or spoke to every one of my learned & unlearned languages (mythology, anthroposophy, astrology, storytelling, etc.) and were visually nurturing to my heart and soul. I began to read the cards in earnest and for everyone who would let me; shortly after that people began to pay me for readings of their own accord. It was at that point I started to read professionally. I have used this deck regularly since the end of 2011 and been reading professionally since 2015.

And so I recommend that you follow what you love, follow your bliss, wherever it leads you; and let things unfold, as they are wont to unfold. Live your life, let it inform you and find what resonates with you. Look at lots of decks and compare them to others and see what moves you, what feels right. Watch tarot on YouTube, see as many decks as you can. You will find your deck and it will find you.

‍“With all these personal planets [Sun, Moon, Venus, Mercury] clustered together in Sagittarius’ starry-eyed realm, this is a time to expand your horizons, take risks, and break out of your comfort zone…

Be prepared to try new things and branch out from your usual ways of thinking. Your beliefs are evolving and paradigms are shifting, so don’t be afraid to let go of your past ideals.” ~Nina Kahn, Bustle.com

After several years of working with just the sun and moon tarot, I recently found a new deck while watching one of my favorite YouTube tarot readers: The Transparent Tarot, which I have integrated with my deck for readings. The Transparent Tarot has one symbol on each window frame card that can be laid over each other to profound effect.

I look forward to talking about both of these decks, and how I use them to read, in the next article on the laying out of the cards. Here are pictures of the how I set my table up to lay out my cards: one with the Aces, Fool & World of the Transparent Tarot and another of the Aces from the Sun and Moon Tarot to represent auspicious new beginnings!

Blessings on this the Sagittarius New moon, especially as it is in trine with Jupiter who always brings many blessings, opportunities and expansion.

A View From The Deck

Tarot: A Map of Consciousness & a Tool for Growth

Oracle Decks: Messages for the Moment 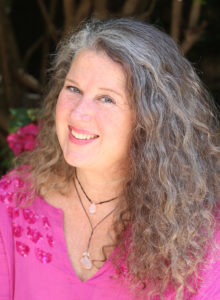 Transformative Tarot Card Readings | Kristine's readings are interactive. Together you will enter into a conversation, ignited by the cards that show up for your questions, and empowered with her (and your) intuition, insight and guidance about what they bring up for you; the past, present, and future. She has great depth of passion, love, and curiosity for Mythology, Astrology, Storytelling, Human Development, Jungian Psychology, Dreamwork and World Travel, and with these, aims to provide insightful, powerfully transformative tarot readings...

Ecstasy Turned Inside Out

Negotiating The Relationship You Desire (Getting Your Needs Met)

Freedom and Soaring to New Heights